Direct sellers and producers have been returning to the live sales rings of Wales, having increasingly experienced integrated supply chains and cost of production contracts fail them, while livestock markets have been achieving record prices for stock across the country.

Livestock auctioneers say there is undoubtedly a direct correlation between the failure of integrated supply chains and the ‘bullying’ tactics applied by direct deadweight contracts, with the huge and continued upturn in both vendors and buyers around the live sales rings of Wales.

Chris Dodds, executive secretary of the Livestock Auctioneers’ Association (LAA) states, “We have seen time and again across the agricultural industry the failure of integrated supply chains.

“It has been seen most graphically with the pig trade, where contracts have been effectively thrown in the bin when the trade collapsed. Even the Defra minister George Eustace stated during this year’s NFU conference that the system has failed the pork industry.

“We are seeing the same with beef, lamb and dairy contracts, with a guaranteed price for your product on a forward contract proving to be useless. It has only been the live sales system that has continued to achieve and deliver a consistent fair trade for producers,” he adds.

At Builth Market, trade has been outstanding through 2021 and remains so through the early part of 2022. Despite having been shut for a three-month period in 2020 under the previous ownership, new owners Sunderlands have witnessed phenomenal trade and prices since re-opening.

“We were aware that quite a few farmers on cost of production contracts were getting a long way off the prices achieved in the live ring. On the back of that, lots of direct sellers have been coming back to the market, some after maybe 10 or 15 years,” says Greg Christopher, Sunderlands’ auctioneer, operating out of both Builth and Hereford markets.

“In mid-Wales we have certainly seen lots of vendors return to live markets rather than direct to slaughter, and they are being rewarded with the prices achieved,” he adds.

“2021 was an outstanding year for both sheep and beef trade. We have definitely seen numbers increase, with those tempted by cost of production contracts now returning to the live sales ring to guarantee a fair price for their stock,” she says.

“For too long, too many people, perhaps more so of the younger generation, have viewed the live sales system as an old-fashioned and out-dated marketing system. 2021 has categorically shown that is simply not the case, making it the best marketing system that has set the prices and trends.”

For Katie, the very strong fat prices have been reflected through the store trade, especially with sheep. Cattle store prices have also increased in line with fat prices.

“Farmers remember FMD when the markets shut, and recognised how important it has been to keep them open during the recent challenges. No doubt supermarkets will again try to flex their muscles, but the live market underpins the trade and vendors are recognising that value,” adds Ms Davies.

At Rhayader Livestock Market, prime lamb auctioneer Jonathan Evans says, “At the live sales ring we will always sort the stock into lots, for example sorting the sheep for export lots, for the home market or lots for specific jobs, to ensure they are in the right spec.

“You can always sell the best, it is about selling the rest. Through deadweight everything will be pooled into one. We have certainly seen a lot of farmers getting out of deadweight contracts after ten plus years. It sometimes feels like farmers are bullied into these contracts and feel they can’t get out of them,” he adds.

Mr Dodds continues, “Welsh livestock markets have shown the true worth of the live sales system, and we have seen a lot of deadweight stock come back to the market, with producers picking and choosing between marketing systems for their best stock.

“There is no other sector in the farming community that works for the farmer rather than the buyer, as the market does. The live sales ring has demonstrated, particularly through the challenges of Covid-19, that it provides the platform to meet the demands of the retailer and consumer, while achieving the true price for the vendor,” he concludes. 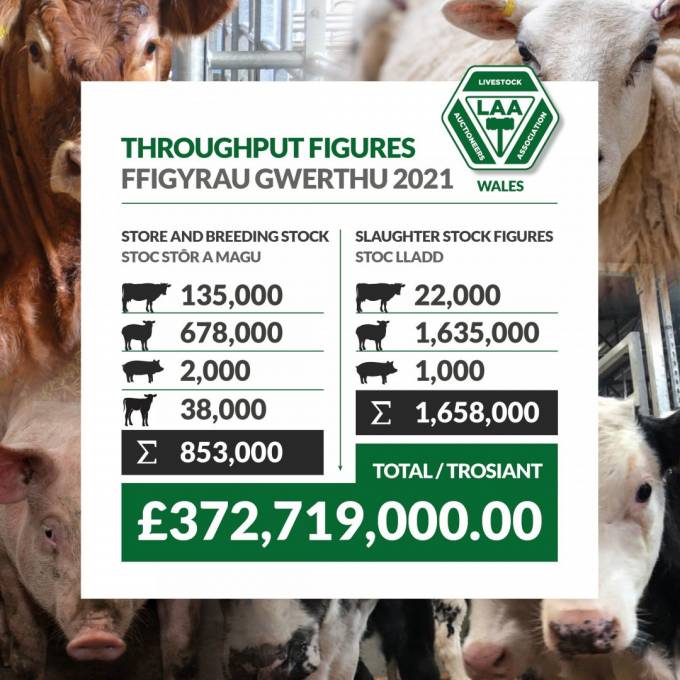