With Hereford, Builth Wells and Talgarth Markets, Sunderlands are well and truly ‘married’ to the livestock industry.  Sheep prices this summer, despite Covid-19, have been some of the highest in living memory and the prime sheep and cull ewe prices have followed through into the store lamb and breeding ewe prices, as farmers have been keen to reinvest in a vibrant sheep sector.

Sunderlands has been favoured with instructions from the Welsh Mule Society to conduct the two Builth Wells’ Mule sales at Hereford Market, undercover, rather than in the open at the RWAS site at Builth.  The sale has always been held on a green-field site, but Covid-19 distancing laws and guidelines have culminated in the sale being brought to Hereford Market where there is thankfully 2.7 acres of roofed penning.

These two sales are on Friday 11th September and Tuesday 13th October and it is hoped that the location at Hereford will encourage more purchasers from the English border counties and Midlands to attend the sale, as it will be 50 miles closer to them and there are 29 undercover unloading bays to assist the operation of the sale.

We are still operating a ‘drop and go’ policy as much as can be accommodated, with the breeding ewes, store lambs and breeding ram sales all conducted through rings where seating has been provided to distance purchasers, and around the ring Perspex ‘booths’ have been constructed to separate those ringside.  Unfortunately, Covid-19 is not going away yet and the precautions taken now will no doubt have to remain until well into the New Year.

The greatest concern to sheep producers is the Brexit negotiation as a ‘no-deal’ culminating with WTO tariffs would have a very negative impact on the whole of the grass-growing parts of the country, from the Isles of Scilly to the northern-most tip of Shetland.

The UK is the sheep producer for Europe and well beyond, with exports making headway in all directions and the Gulf states now turning to UK lamb as Australian and N.Z. sheep meat is increasingly destined for the Far East.

The UK has to be seen to be chastised for leaving the E.U. ‘club’ but the disastrous effects on the world economies must surely not be exacerbated by further financial constraints from Europe and a ‘tit for tat’ tariff trade war is the last thing that fragile economies need.

If the financial returns from sheep are allowed to diminish, the ewe numbers will drop and there will be a monumental knock-on effect to the rural economy nationwide.  Covid-19 has just shown us the best example possible of not being reliant upon imports from outside this country, whether they be food or goods.  We must cultivate, promote and nurture home-grown production of all food and goods and maintain the vibrant export markets that we have. 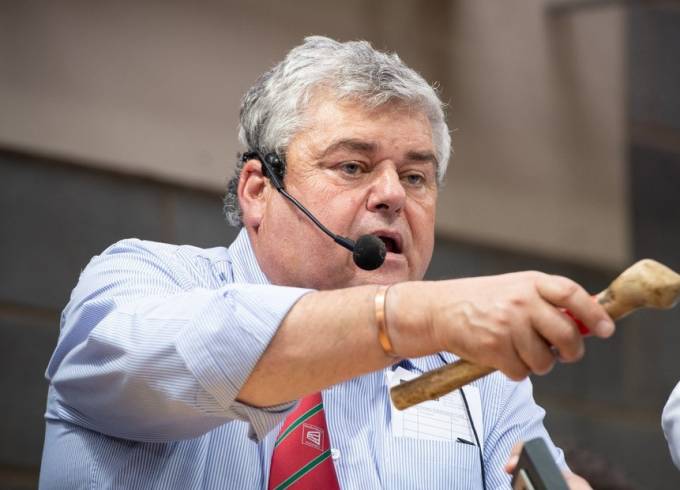