As spring progresses and remaining old season lambs come to an end, we have seen a huge influx in new season lambs, much faster than normally anticipated.

Honiton Collection Centre in East Devon and South Molton Livestock Market in North Devon have seen a near double increase in lambs being presented week on week, year on year. The prime market at South Molton has seen an entry of over 2000 prime lambs for two weeks running, a record in recent years.

Even with the recent guidelines and restrictions, it has been somewhat humbling to see the high numbers, with vendors placing total faith in the integrity and effectiveness of the live ring.

The higher throughput numbers are due to a combination of factors. After a few uncertain weeks with France, Italy, and Spain going into lockdown, the UK’s reliance on export demand was exposed, with an unprecedented sharp drop in finished lamb trade. In the weeks that followed, prime lamb prices recovered despite rising numbers being marketed nationally.

Many of our farmers have reported a higher lambing percentage, which along with the favourable spring weather, led to lambs finishing much faster. Some even commenting that March born lambs overtook January lambs, which suffered through the sodden weather.

The live ring has been 30-40ppk dearer than prices achieved twelve months ago. With this buoyant trade, and the reputation of it dropping away in mid-June, many vendors have selected their lambs at lighter weights and in greater numbers.

A noticeable increase in vendors at the market, including a number who usually market their lambs through other channels, is an indication that the live rings across the country are serving their farmers in an effective and rewarding way, as they have done for many decades. 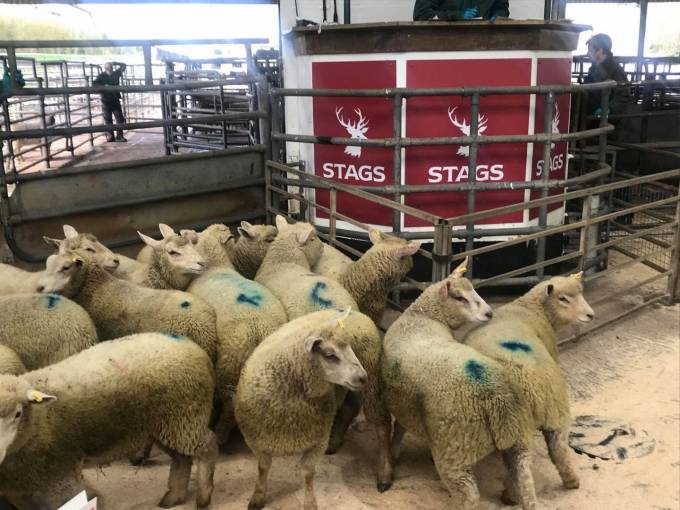