At our two Exmoor markets, being Cutcombe and Blackmoor Gate, we have the normal autumn boost of numbers and particularly in the last couple of weeks, the sheep trade has been boosted by the lift in the prime lamb market; prime lambs and store lambs would be ahead of the same period last year.  At our recent Blackmoor Gate Market, we sold 2,698 store lambs to average £65 per head, (£8-£9 up on 2018), with prime lambs showing a similar increase. The autumn sale season and the boost in price has helped numbers and we have seen also over 1,300 prime lambs at Cutcombe, together with large numbers of grazing ewes which show a 30% increase in numbers on the year.

The lift in the trade could be influenced positively or negatively with the current politics, elections and Brexit, but many farmers feel that life must go on and take a long term view.  With that in mind, and life needing to continue, we have a dispersal of 1600 sheep for a local farm and will sell them through the sale ring at Cutcombe Market on December 12th, Election Day!

Cattle numbers through the first two-thirds of the year were similar at Cutcombe to 2018.  We have seen a reduction in numbers of suckled calves forward this autumn which I believe has been due to a combination of factors.  With finished prices lower than 2018, vendors concerned that some of their younger calves would not realise sufficient money to make keeping the cow viable and so kept some calves to run through the winter.  Also, the breeding herd seems to be at a lower number. However, at our two day calf sale, although numbers were lower, price was better than anticipated with the steer calves averaging £598 per head (-£58 2018) and the heifer calves averaging £503 per head (-£23 2018). Dare I say, as we look towards the end of the year we hope that trading gets into a more settled and normal pattern.  The most regular comment I hear from vendors is that they hope the purchasers also have success with the stock they buy so that they are keen to come back another day. 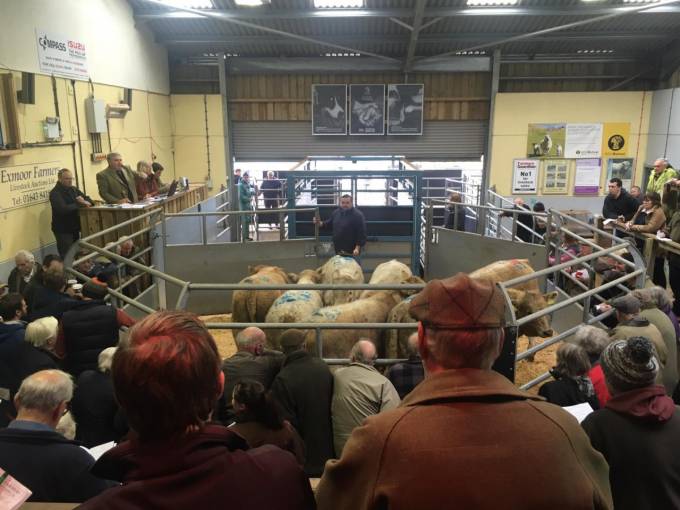