Teamwork and the trust of buyers and vendors are the key ingredients to a successful livestock auction market system, and it is these factors that have helped see Bentham Auction Mart’s Greg MacDougall being named Livestock Auctioneer of the Year.

Mr MacDougall, 32, is a relative rarity in auctioneering circles, having not originated from a farming background. However, from an early age he enjoyed helping out on local farms, as well as filling his school holidays by assisting at St Boswells Mart, close to his family home in the historic Scottish Borders town of Selkirk.

Having ‘caught the auctioneering bug’, he was offered a full-time role in June 2004, initially working in the office with occasional work in the yard weighing lambs. His drive was soon recognised, and after shadowing senior members of staff on various farm visits, Mr MacDougall went on to complete the Livestock Auctioneers Association’s (LAA) ‘Livestock Market Operations and Management’ course at Harpers Adams University.

“From my early days at St Bothwells, I was keen to follow in the footsteps of the senior staff and auctioneers, with Richard Henderson in particular a big influence,” explains Mr MacDougall. “It was a great opportunity for me in 2012 to join the team at Richard Turner & Son at Bentham Auction Mart, to further develop my career.”

Flourishing under the tutelage and leadership of Stephen Dennis, Mr MacDougall has risen to the role of Senior Sheep Auctioneer, selling up to 7,000 prime and cull sheep weekly. With pennage for up to 1,200 cattle and over 7,000 sheep, Bentham Auction Mart near Lancaster also has fortnightly sales of between 250-500 store cattle, stirks and cast cows, peaking at 1,000 plus in September. There are also weekly sales of 100-150 calves, and fortnightly dairy cow sales.

“Throughout my career, the importance of developing a good team and gaining trust with customers has been paramount,” continues Mr MacDougall.

“I advise farmers on the best times to sell stock and at what time of the year to do so, giving advice on what the market is looking for. Equally, I will be contacting the buyers, letting them know what will be coming to market, engendering that level of trust that is crucial,” he adds.

The social aspect of the livestock market is something both Mr MacDougall and Bentham Auction Mart take extremely seriously, both on behalf of farmers and the wider rural community.

“We know we are focus point and meeting place for the rural community, and our role is very important. We also have representatives of the Farm Community Network in attendance every week at Bentham,” says Mr MacDougall.

With two children, Lewis aged 6 and 1-year old Thomas, time outside of work is limited, but Mr MacDougall finds time to run a small flock of sheep, as well as actively supporting local charity events and being involved with the renowned Selkirk Common Riding festival.

This is a further reflection of Mr MacDougall’s commitment and insistence on a combined team approach, something that he believes was instrumental in receiving the accolade of Auctioneer of the Year.

“It was an honour to have even been nominated, and a great privilege to have won,” he says. “The auction is a huge team effort and would not run without office staff, yard lads and other auctioneers, so they all deserve credit too. So too do the customers, who put their faith in me during each sale.”

LAA executive secretary Chris Dodds congratulated Mr MacDougall on his award success, “Greg is a fine example of the younger generation of livestock auctioneer helping to continue to drive the industry forward in increasingly challenging times. This is a richly deserved award.” 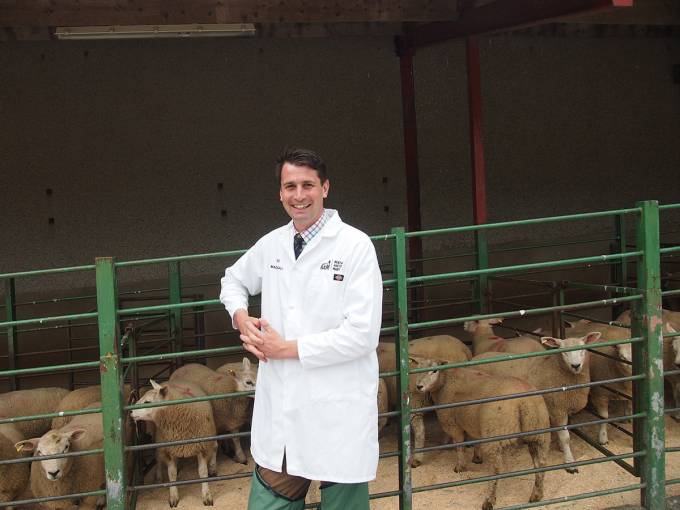 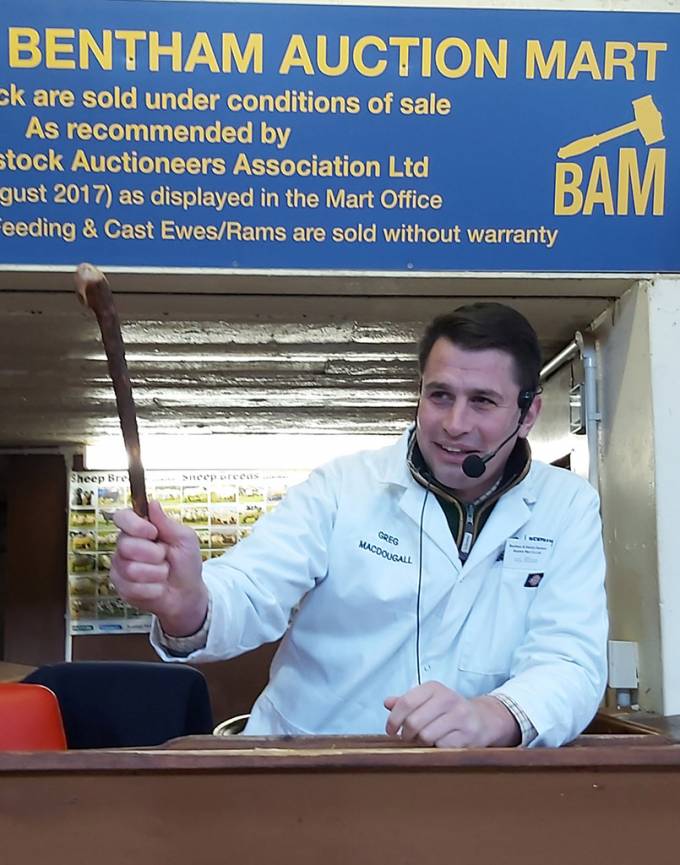