Will Probert, prime sheep and store cattle auctioneer with RG and RB Williams Auctioneers Ltd at Ross Auction Centre, has been named as Farmers Guardian’s Marts the Heart New Auctioneer of the Year 2016. Will was presented with the award at the British Farming Awards on 20th October, and we caught up with him to find out what drives this aspirational young man to such success.

Brought up on the family farm in Monmouthshire, Will is now a partner in the family business which has 650 breeding ewes, 60 suckler cows and around 60 acres of arable production.

But it was those early visits to the market that fuelled his desire to follow a career in auctioneering, and by the age of 15 he took a placement during his school work experience at the auction market and was soon offered a Saturday job, working through school holidays fitting in as many days as he could.

He went on to graduate with a degree in Rural Enterprise and Land Management at Harper Adams University, and it was during his third year work placement that Will established himself at RG and RB Williams Auctioneers Ltd.

“I had done some work with the company prior to this, and after my work placement I was offered a full-time position as soon as I finished my degree course,” Will continues.

“However, I couldn’t wait that long and throughout much of my final year at Harper Adams I was often found on a Monday or a Thursday at the prime sheep and store cattle sales. I must stress I did get clearance from the lecturers, they were obviously confident enough in my ability to catch up!”

After a year of studying into the night to allow the time to take the sales during the day, Will graduated with a 2.1 in July 2015, and started his fledgling career in August of the same year, already with some wealth of experience.

In little more than 15 months Will has garnered huge repute in the industry, earning the trust and respect of vendors and buyers alike. Even at the age of 24, he finds he is often providing a sympathetic ear.

“From my earliest experiences, I always recognised the important social role the auctioneer plays, and it is with great pride that my farming colleagues feel they can engage with me and share their thoughts. It is one of the most important aspects of my role,” Will said.

There is, of course, much more to Will’s daily routine. Although the standard working day is 9 to 5, in peak seasons Will is often on-site by 5am. And recognising the commitments of the farmer, he will often be visiting farms late into the evening.

“My normal routine is two days at the market, Monday for the prime stock day and Thursday for store sales, and the rest of the week is spent doing valuation work, single farm payments and other advisory work,” continues Will.

“It is a real pat on the back to receive this award, not just for me but for all at RG and RB Williams. I would like to thank all of the team for their support.”

Chris Dodds, executive secretary of the Livestock Auctioneers Association (LAA) and one of three judges for the awards said, “Will has demonstrated a strong desire and willingness to succeed in what can be a demanding environment for a young man.

“Certainly his farming background and credentials have helped, but Will’s clear desire and ambition to become a respected and trusted auctioneer is helping him forge an impressive career in auctioneering. We look forward to seeing him continue along this successful path” 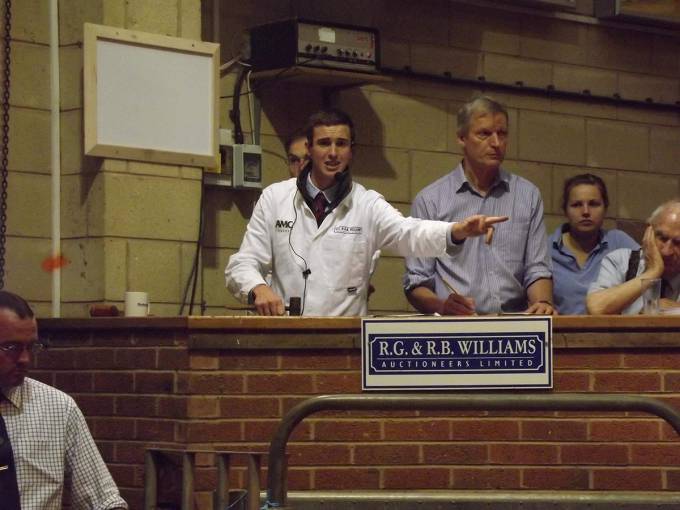 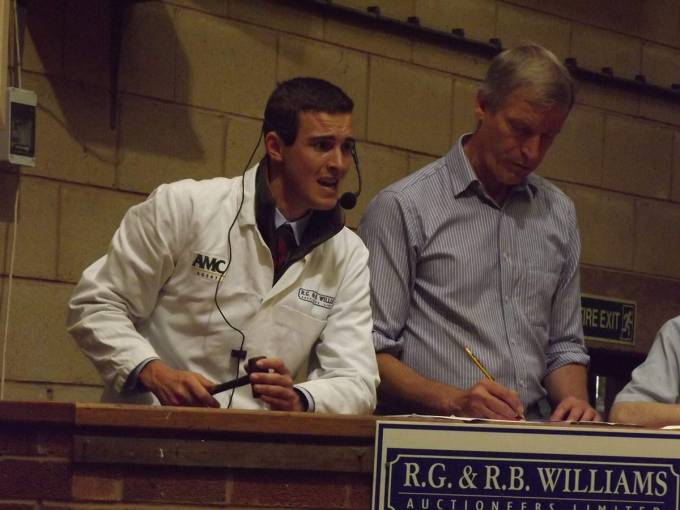