"Off the clock"! is the term I heard following our January 'TB Restricted' cattle sales with just over 400 animals sold and more than 35% going to new homes outside of the West Country. Despite uncertainty in the finished cattle trade we saw plenty of forward steers between £1,000 - £1,070 with some smart things even topping £1,200. Probably the highlight had to be a cracking run of 45 16 - 19mth Blue steers from Bideford (North Devon) based farmer Charlie Withercombe topping at £1,095 and averaging over the magical £1,000 bracket.

Trade has demanded a 19% increase in baby calf entries within the first 4 weeks of business in 2016 seeing plenty of smart continental bull calves on or around the £500 mark.

For the very first time on the current site, Exeter Market saw a huge entry of 97 cull sows going under the hammer travelling to the market from farms as far away as Penzance in West Cornwall and Bridport in Dorset. To be fair, the buyers supported well and the last sow to be sold made every penny as much as the first one sold.

Looking ahead, the first Machinery sales take place at Holsworthy next Saturday (6th February 2016) with a massive entry of over 1,500 lots already entered to include 11 Tractors, 2 Swingshovels and 14 Trailers. Added to this 3 genuine dispersals of Vintage equipment from Mid Devon, North Devon & North East Cornwall is sure to pull in a serious crowd of buyers leaving us with only one issue, where will all the vehicles park? 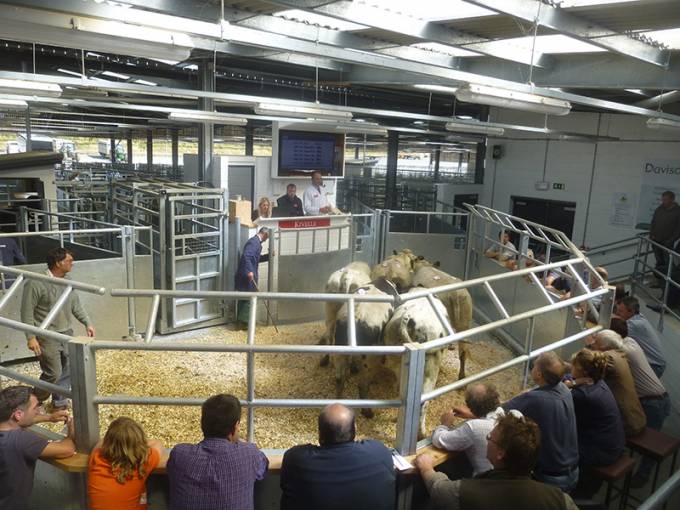